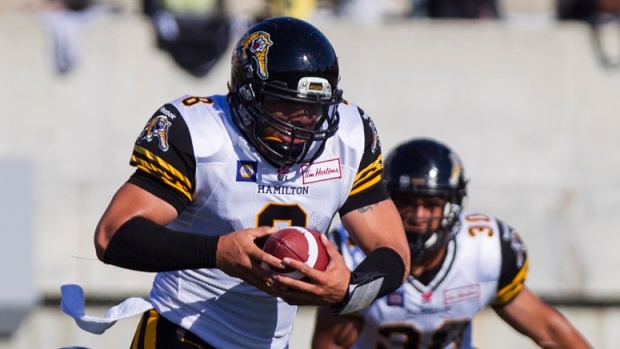 Hamilton Tiger-Cats head coach Kent Austin confirmed what many believed on Friday, that Jeremiah Masoli would start on Sunday in the Eastern Semi-Final against the Toronto Argonauts, according to a report from the Hamilton Tiger-Cats Drew Edwards.

Masoli had been receiving most of the first team reps in Ticats practice over Jacory Harris this week.

Harris started the Ticats' regular season finale with the East Division title on the line against the Ottawa Redblacks, before being replaced by Masoli mid-game. Masoli finished 11-21 for 148 yards and a touchdown in the 44-28 loss.

That was the 27-year-old's only action this season, but is 33-68 for 453 yards and three touchdowns to three interceptions in three seasons with the Ticats.