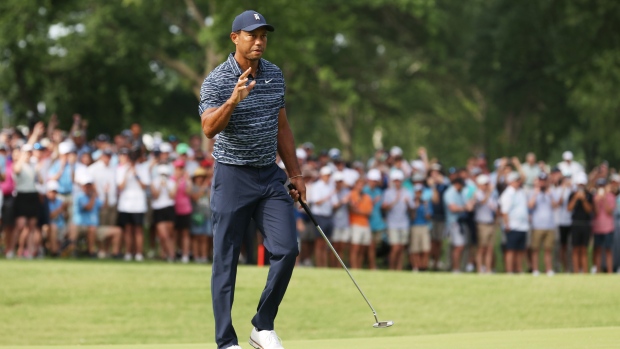 Tiger Woods is even through nine holes of the PGA Championship in Tulsa, Oklahoma on Thursday.

Woods, who began his round on the back nine, opened with a birdie on the par-4 10th hole, followed by three consecutive pars.

The 15-time major winner, making his second appearance this season following his 47th-place finish at the Masters, moved to 2-under with a birdie on 14.

Woods is paired with Jordan Spieth and Rory McIlroy, who held the lead in the early going, for the first two rounds of the tournament.