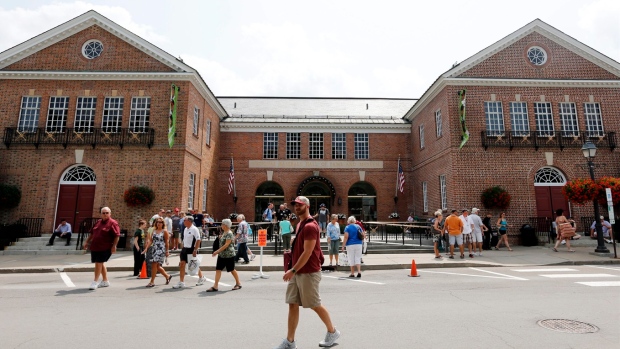 The Baseball Hall of Fame will be looking for a new head executive.

Tim Mead announced on Friday that he is resigning as president of the Cooperstown, NY museum, effective next month.

A longtime member of the Los Angels Angeles front office, Mead took the job in the spring of 2019.

“I have been extremely blessed as a life-long fan of the game to spend four decades serving the organization I grew up admiring, and then have the distinct honor and privilege of assuming the role of president of the National Baseball Hall of Fame and Museum,” Mead said in a statement. “The driving force behind my career in baseball has always been love of the game. I made the recent leap with every intention of following in the footsteps of my predecessors, in continuing their efforts in maintaining the Hall of Fame as a critical component of the game. Try as I might, even with the unwavering support of my family, these last 22 months have been challenging in maintaining my responsibilities to them."

Jane Forbes Clark, the chairman of the Baseball Hall of Fame, says the board accepted Mead's resignation with regret.

“As a respected member of the baseball community, Tim has served the game of baseball for decades," Clark said in a statement. "His genuine appreciation for the game’s history and the National Baseball Hall of Fame and Museum will be greatly missed by us."

Mead is the eighth president in the Baseball Hall of Fame's 82-year history.