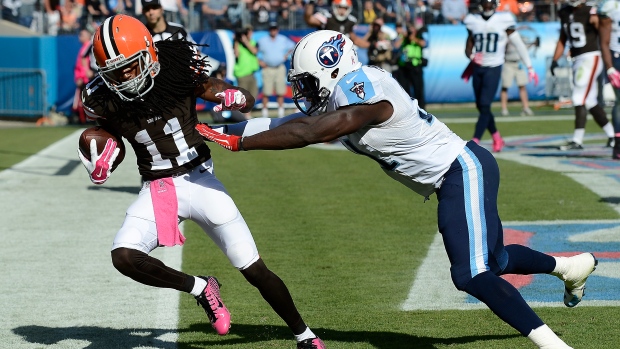 Nashville, TN (SportsNetwork.com) - Tennessee Titans safety Bernard Pollard is lost for the remainder of the season thanks to suffering a ruptured Achilles tendon.

Titans head coach Ken Whisenhunt confirmed the diagnosis on Monday, while Pollard took to his Twitter account to reveal the following: "Still can't believe it, but God has a plan. Surgery tmrw morning, pray for me! First time in my career I get to meet Mr. I.R lol. Peace out."

Titans quarterback Jake Locker left Sunday's 29-28 loss to the Cleveland Browns in the second quarter with a hand injury. He was originally listed as questionable to return and did not come back into the game after completing 8-of-11 passes for 79 yards and one touchdown.

Charlie Whitehurst stepped in under center for the hosts, who squandered a 28-3 first-half lead, ending the contest 13-of-21 for 194 yards and two scores.

Locker, whose hand was bandaged on the sideline, had X-rays performed which were negative. Whisenhunt confirmed that the injury was to his thumb and that there was significant swelling but no structural damage.