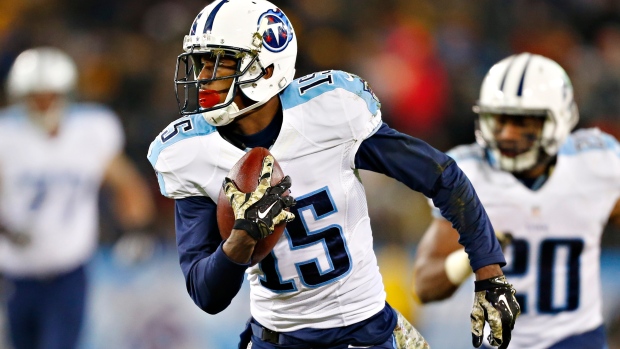 NASHVILLE, Tenn. - Tennessee wide receiver Justin Hunter will spend at least another night in a Houston hospital being monitored with a lacerated spleen.

Titans spokesman Robbie Bohren said Monday Hunter is expected to be released in the next couple days.

Hunter, a second-round draft pick out of the University of Tennessee in 2013, spent Sunday night at the hospital after being hurt during the Titans' 45-21 loss to the Houston Texans. He was hurt when hit by Texans safety Danieal Manning in the first quarter on a pass that wound up being intercepted.

He returned to the game but was taken to the hospital after complaining of stomach pains.