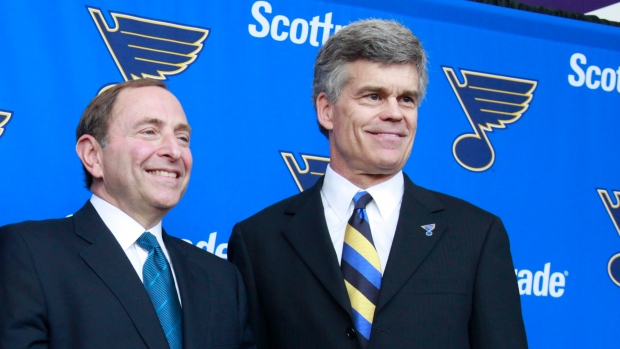 Stillman on Wednesday announced the purchase of remaining shares of the team from Sports Capital Holdings LLC, which owned the Blues from 2006-2012. The NHL Board of Governors approved the transaction at its annual June meeting in Las Vegas.

There are 16 members of Stillman's St. Louis-area ownership group. He will remain team chairman and governor.

Stillman calls it the best possible outcome for the organization, city and fans: "Our all-local ownership group acquired the Blues in 2012 with two overriding goals: Win a Stanley Cup for St. Louis, and secure the long-term health of the franchise."

The Blues this season won the first championship in the history of the franchise that began in 1967.