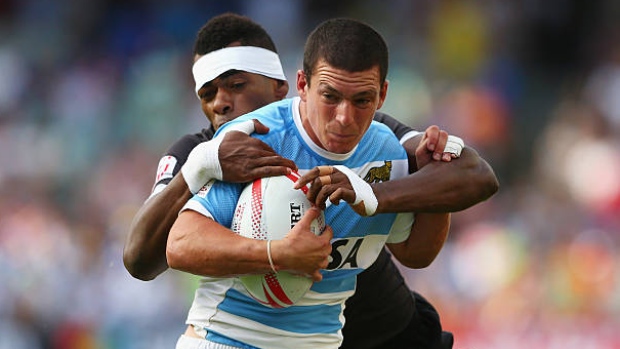 While Gonzalez and Malcolm play different games, the 27-year-old Argentine can fill both positions and look after kicking duties. A dangerous runner, he should add to the Arrows attack.

The Arrows said farewell Sunday to Malcolm, who is joining Japan's Kamaishi Seawaves. The club had known he was leaving since April, allowing time to find a replacement.

Malcolm quarterbacked the Toronto attack from fly half in its inaugural 2019 season before switching to fullback this year with the arrival of fellow Kiwi Tayler Adams. Winokur said Gonzalez will likely see action at fullback.

The North American pro rugby circuit suspended play on March 12 because of the global pandemic, cancelling the season a week later. The second-year Arrows were second in the standings with a 4-1-0 record at the time.

Gonzalez, who played with Arrows back-rower Tomas de la Vega in Argentina, has represented his country on the World Sevens circuit and as a member of the Argentina XV in the Americas Rugby Championship and Americas Pacific Challenge. He scored five tries and kicked for 108 points in 17 appearances for the Argentina development side.

The 24-year-old Asiata, from Brisbane, Australia, started all five matches in the abbreviated 2020 campaign. A powerful prop, he ranked second on the team in tackle breaks (3), third in carries (40), fifth in offloads (3) and sixth in carry metres (198).

Jones, born in Vancouver but raised in New Zealand, did not see action this season due to injury. The 22-year-old played in 16 matches in 2019.

The 23-year-old Francis, a lock/No. 8 from Brantford, Ont., has made 18 appearances for the Arrows in his two seasons with the club, including four games in 2020.

Ng is one of only two Arrows to have played in every match (22) in franchise history. The 22-year-old from Ottawa has represented Canada at the under-20 level.

"Our four returnees — Spencer, Steve, Kolby and Richie — are exciting young players, all between 22 and 24 years of age," said Winokur.

This report by The Canadian Press was first published June 23, 2020.