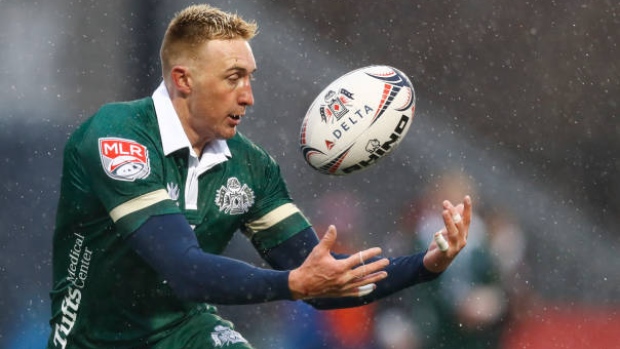 QUINCY, Mass. — Brock Webster and Jack McRogers scored tries in a losing cause as the Toronto Arrows were beaten 21-15 by the New England Free Jacks in Major League Rugby play Saturday.

McRogers' try in the final seconds of the game, with Sam Malcolm kicking the conversion, earned a bonus point for the Arrows (2-3-0). New England (4-1-0) won its second straight.

The conditions grew worse as the chilly afternoon wore on, with sleet turning into a dusting of snow by the time the game ended.

But despite the inclement weather, the contest featured some highlight-reel tries.

Trailing 14-3, the Arrows closed the gap when Malcolm's deft cross-kick found Webster in the corner in the 55th minute to cut the lead to 14-8 at Veterans Memorial Stadium in the Free Jacks' home opener.

New England added a converted try by New Zealand flanker Slade McDowall in the 67th minute to extend the lead to 21-8. With the field slippery from the wet snow and Toronto down a man with Cole Keith in the sin-bin, McDowall beat seven Arrow would-be tacklers before sliding across the try-line for his second five-pointer of the game.

New England opened the game with another gorgeous try.

As the team exchanged kicks, Free Jacks fly half Beaudein Waaka booted the ball high into the air and started chasing it. As it dropped to the ground some 20 metres on, he caught it in the air with his boot mid-stride, kicked it forward and then gathered the ball on the run. An Arrows tackler caught him just shy of the try-line but the former All Blacks sevens player off-loaded the ball to flanker Joe Johnston for the fourth-minute try.

Malcom also kicked a first-half penalty as the Arrows trailed 7-3 at the half.

This report by The Canadian Press was first published March 12, 2022