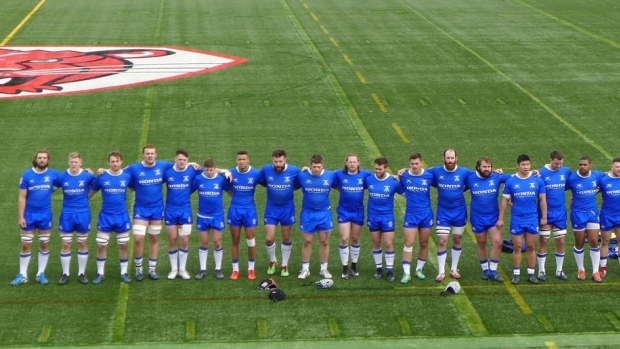 The North American pro rugby circuit suspended play on March 12 because of the global pandemic, cancelling the season a week later. The second-year Arrows were second in the standings with a 4-1-0 record at the time.

"We are very excited what Tomy — and the entire team — can do in 2021, and he will continue to be a major piece of the equation for our side moving forward," Arrows GM Mark Winokur said in a statement.

Kelly made two appearances for the Arrows in the shortened 2020 season.

Richardson made six appearances over two seasons for the Arrows, featuring in four games in 2020.

Rowland made three appearances for the Arrows in his first season with the club.

Wainright missed out on the 2020 season due to injury after making 15 appearances 2019.

"We are very happy to have these four young Ontario-bred players back to help form the core of our franchise," Winokur said. "The key to our long-term success will be developing our local talent and for all four of these guys, 2021 will be a year of impact."