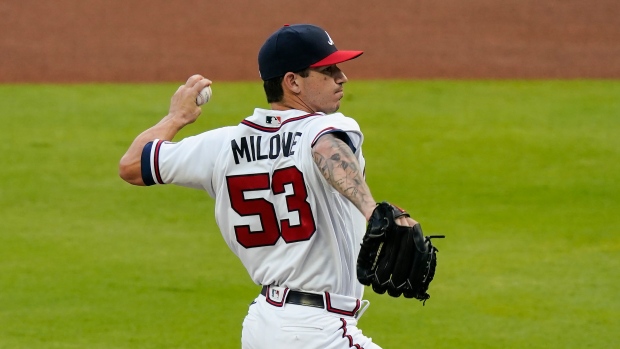 The Toronto Blue Jays have added veteran left-hander Tommy Milone to camp on a minor league deal, it was announced Thursday evening.

#BlueJays have added veteran lefty Tommy Milone to camp on a minor league deal.
He had a 6.69 ERA with Braves, Orioles last season.

The 34-year-old Milone split last season between the Baltimore Orioles and Atlanta Braves. Milone began the season with the O's and got off to a nice start, pitching to a 3.99 ERA over his first six starts, but it was a different story once he was traded to the Braves. Milone had an ERA of 14.90 over three starts while his season ERA ballooned to 6.69.

Milone pitched to a combined ERA of 5.65 over the previous three seasons while with the Seattle Mariners, Washington Nationals, New York Mets and Milwaukee Brewers.

The Saugus, Calif., native has a 51-51 record over the course of his 10-year big league career.