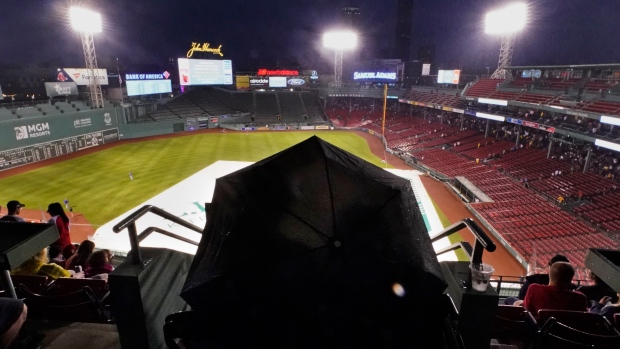 BOSTON (AP) — The Toronto Blue Jays and Boston Red Sox were rained out Tuesday night by a heavy storm and rescheduled as part of a doubleheader Wednesday.

The second of a four-game set between the AL East rivals was moved to a 2:10 p.m. start Wednesday, followed by the nightcap starting at 7:10 p.m.

The delay was announced about a half-hour before the scheduled start as dark clouds moved over Fenway Park, with weather radar showing heavy storms coming from the west.

As the rain let up, a handful of players began warming up on the field just before 8 p.m., just before the announcement was made postponing the game a day as lightning continued to strike throughout the area.