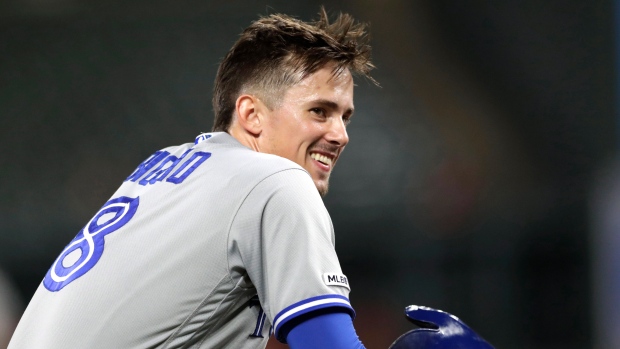 Cavan Biggio's return to the Toronto Blue Jays is finally at hand.

The team activated the 26-year-old infielder from the 10-day injured list and he will be active for the team's Tuesday night game against the New York Yankees.

Left-handed reliever Ryan Borucki was demoted to the Triple-A Buffalo Bisons in a corresponding move.

Biggio last played in an August 2 loss to Cleveland and was put on the IL with mid-back tightness before picking up an elbow injury during his rehab stint with the Bisons.

The Houston native made 22 appearances for the Bisons, batting .182 with three home runs, 11 runs batted in and an OPS of .614.

Meanwhile, the Jays also announced Hyun Jin Ryu is being activated from the 10-day injured list and will start Tuesday's game. As a corresponding move, southpaw Kirby Snead has been optioned to triple-A Buffalo.

Ryu had gone just a combined 4.1 innings in his previous two starts before being placed on the shelf with neck tightness.

Ryu isn't the only player making his return to the lineup, as Lourdes Gurriel Jr. will be the designated hitter after missing the last three games with a hand injury.