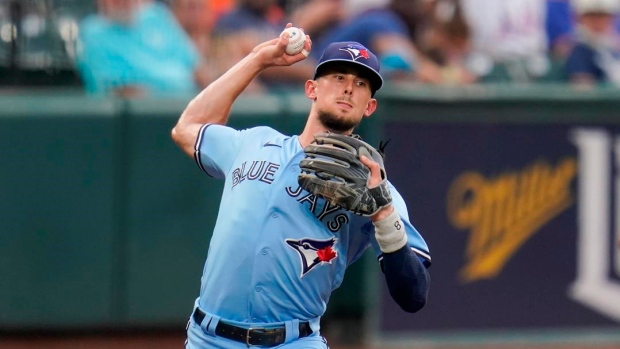 The Toronto Blue Jays have recalled infielder Cavan Biggio from Triple-A Buffalo and he will be active for Thursday’s game against the Los Angeles Angels, the team announced.

Infielder Vinny Capra has been optioned to Triple-A to make room on the roster.

Biggio has appeared in 13 games this season for the Jays and has one hit in 23 at bats this season.