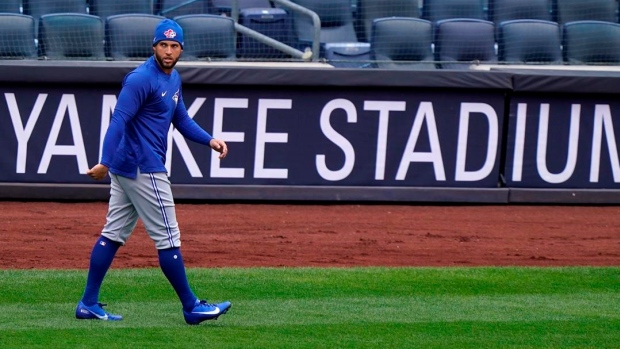 George Springer's debut with the Toronto Blue Jays will have to wait a little longer as the star centre fielder has a low-grade sprain in his right quad and is unlikely to see any action during Toronto's homestand, manager Charlie Montoyo revealed on Thursday.

This rules Springer out until at least April 15.

He says Springer is unlikely to return this homestand, so that rules him out until at least April 15.#BlueJays

Springer, who signed a six-year, $150 million contract with the Jays in January, suffered the injury late in spring training and hasn't been able to play in any of Toronto's six regular season games.

The Blue Jays have their home opener Thursday night against the Los Angeles Angels.