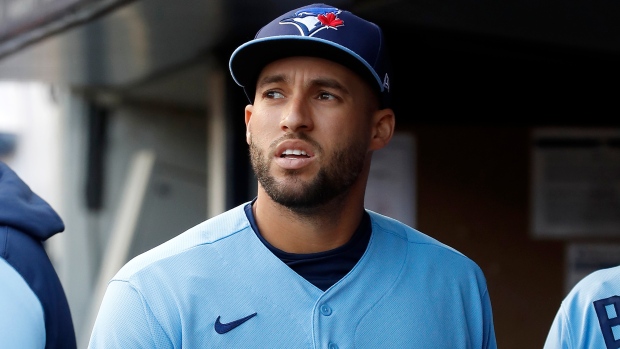 Toronto Blue Jays outfielder George Springer was removed from Friday’s game against the Tampa Bay Rays in the bottom of the third with a left ankle sprain.

After the game, manager Charlie Montoyo described the injury as mild.

UPDATE: OF George Springer was removed from tonight's game with a left ankle sprain.

Springer crashed into the wall trying to make a catch in the bottom of the second inning, he briefly stayed down on the ground and received attention from the Blue Jays trainers.

The 32-year-old remained in the game and grounded out in the top of the third, before he was replaced defensively by Raimel Tapia.

Springer has appeared in 32 games this season for the Jays and has a .278 batting average with seven homers and 18 RBIs.