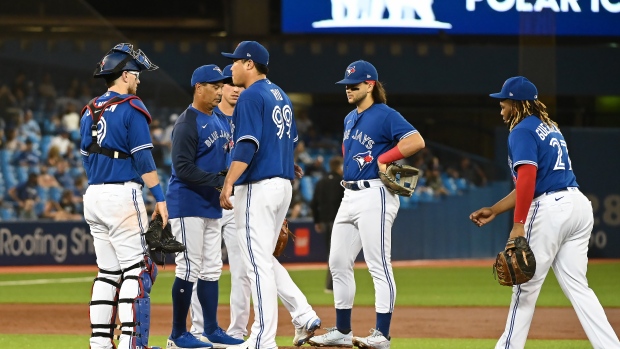 🔹 LHP Tayler Saucedo recalled from Triple-A and will be active today pic.twitter.com/5obkH105uJ

The left-handed pitcher is coming off a start Friday night against the Minnesota Twins in which he allowed five earned runs, including a pair of home runs, over two innings of work. In his previous start against the Baltimore Orioles on Sept. 11, Ryu lasted 2.1 innings and allowed seven earned runs on eight hits.

Left-handed pitcher Tayler Saucedo has been recalled from Triple-A Buffalo.

The native of South Korea is in the second year of a four-year, $80 million deal signed with the Blue Jays prior to the 2020 campaign.