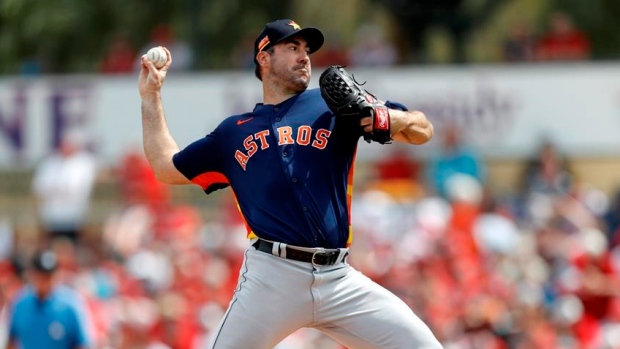 Hearing #BlueJays will be one of many teams watching the Justin Verlander showcase.
I’d say it’s more that due diligence based on the fit.

The 38-year-old Verlander pitched in front of scouts and evaluators for the first time since undergoing Tommy John surgery in September of 2020 and threw approximately 25 pitches in the 94 to 97 miles per hour range, reports the New York Post.

While he missed the entirety of the 2021 season, Verlander was issued a $18.4 million qualifying offer by the AL champion Houston Astros on Sunday.

Should he pitch in 2022, it would be the Manakin-Sabot, VA native's 17th big league season.

Verlander has until Nov. 17 to accept the Astros' qualifying offer should he choose to do so. He spent the past three-plus seasons with the team after playing for the Detroit Tigers in the first 12-plus seasons of his career.