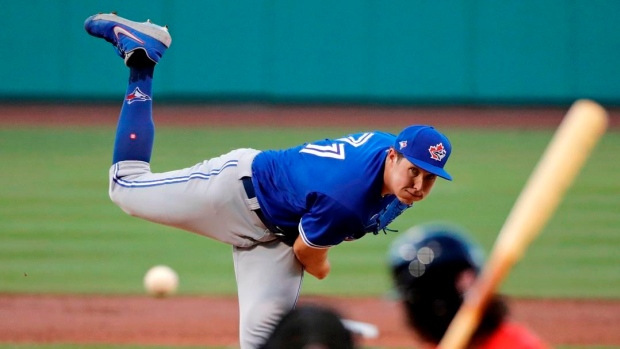 Nate Pearson is the likely starter tomorrow for #BlueJays, per Charlie Montoyo.

Pearson has been recovering from a Grade 1 groin strain that he sustained early in Spring Training. The 24-year-old made one rehab start with the Triple-A Buffalo Bisons, allowing one earned run and striking out eight over 3.2 innings.

Pearson was 1-0 with a 6.00 ERA in four starts with the Blue Jays last season.