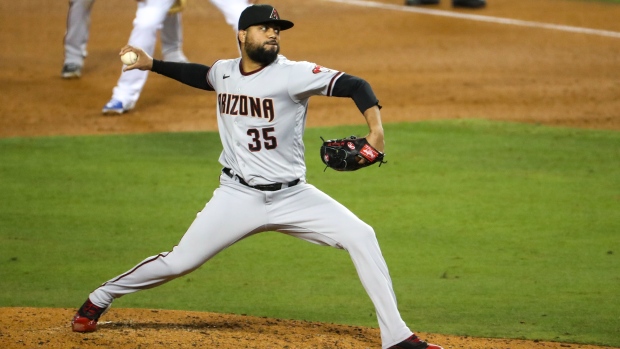 The Blue Jays have claimed right-hander Joel Payamps off waivers from the Red Sox two weeks after Boston claimed him from Toronto.

As a corresponding move to make room on the 40-man roster, righty Jacob Waguespack has been designated for assignment.

The 26-year-old Payamps spent most of his 2020 season at the Arizona Diamondbacks’ alternate training site but made two Major League appearances.

Originally signed by the Colorado Rockies, Payamps has gone 41-43 with a 4.15 ERA in 145 career Minor League games.