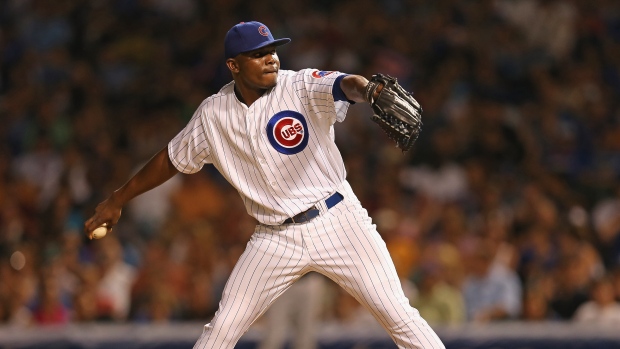 The Toronto Blue Jays have signed pitcher Rafael Dolis to a one-year, $1 million deal with a club option, the team announced on Saturday.

OFFICIAL: We've signed RHP Rafael Dolis to a 1-year deal with a club option for 2021. Dolis had a 2.11 ERA in the JPCL last season.

To make room, INF Breyvic Valera has been designated for assignment. pic.twitter.com/ooivWkT2g5

The 32-year-old spent the 2019 season in the Japanese Central League and posted a 19 saves over 56 appearances for the Hanshin Tigers.

The La Romana, Dominican Republic native previously spent three seasons in Major League Baseball with the Chicago Cubs and posted a 3-7 record with a 5.48 ERA in 40 games.  He collected four saves in the 2012 season.

To make room on the 40-man roster, the Blue Jays designated Breyvic Valera for assignment.