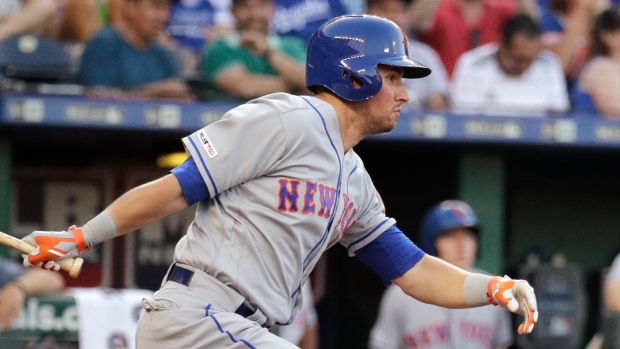 The Toronto Blue Jays have signed infielder Joe Panik to a minor league deal, according to TSN's Scott Mitchell.

#BlueJays have signed 2B Joe Panik to a minor league deal, per source.@longleysunsport first with the news.
This comes on heels of the club adding veteran infielder Ruben Tejada on another minor league pact.
A little bit of zero-cost competition for the incumbents Drury, Valera.

Panik split last season between the New York Mets and San Francisco Giants, hitting a combined .244 in 142 games, 39 of which came with New York.

He spent five and a half seasons with the Giants before he was released in August, highlighted by a World Series title in 2014 and an All-Star appearance the season after.

The 29-year-old is a veteran of six big league seasons and owns a career batting average of .271.

Meanwhile, the Jays added another player later on Saturday, agreeing to a deal with right-hander Ryan Dull. He will get an invite to big-league camp next month, reports Mitchell.

Can confirm this one.
The right-hander gets an invite to big-league camp next month. https://t.co/URc3l8kdYT

Dull spent his 2019 with three different teams, one of which was the Blue Jays, but appeared in just 11 games with an ERA of 12.79.