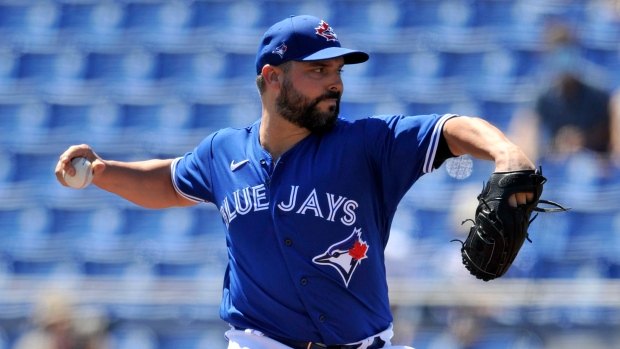 Pitcher Tanner Roark has cleared unconditional release waivers five days after being designated for assignment by the Toronto Blue Jays and is now a free agent.

The Blue Jays have also selected catcher Reese McGuire to the 26-man roster and he will be active for Wednesday's game against the Oakland Athletics. Catcher Riley Adams was optioned to Triple-A.

Relief pitcher Julian Merryweather has been transferred to the 60-day injured list due to a left oblique strain.