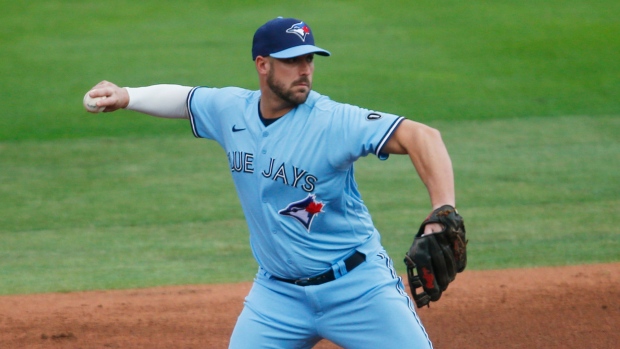 Travis Shaw has been scratched from the Toronto Blue Jays' lineup tonight against the New York Yankees with back spasms.

Shaw was scheduled to play first base.