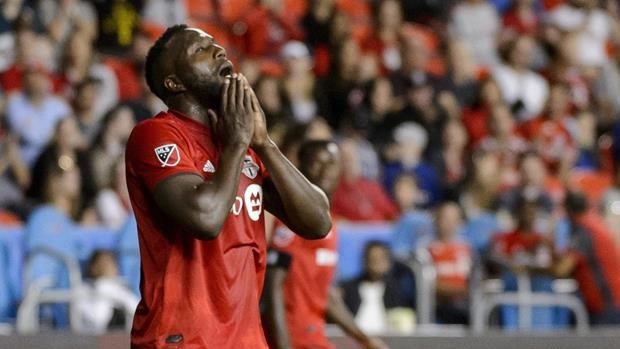 Toronto FC is one of eight MLS teams taking part in the 2020 Leagues Cup, the second edition of the soccer tournament featuring teams from MLS and Mexico's Liga MX.

Cruz Azul won the inaugural eight-team competition last year, defeating Tigres in the final. MLS was represented by the Chicago Fire, Houston Dynamo, Los Angeles Galaxy and Real Salt Lake with only the Galaxy advancing to the semifinals.

The expanded edition of the tournament, featuring eight clubs from each league, kicks off July 21-22 with round-of-16 matches taking place across the U.S. and Canada.

The quarterfinals are slated for Aug. 4-5, the semifinals Aug. 25-26 with the final scheduled for Sept. 16.

MLS clubs qualified for the tournament by virtue of their 2019 MLS regular-season performances, excluding Montreal and the three other clubs participating in the Scotiabank CONCACAF Champions League.

The participating LIGA MX clubs will also qualify through league performances. CF Monterrey is the first team to qualify from LIGA MX for Leagues Cup 2020.

"Our close collaboration with Liga MX continues to grow, and the expanded Leagues Cup will take it to a new level," MLS commissioner Don Garber said in a statement. "When we started our partnership with LIGA MX two years ago, we knew that we had the opportunity to create something unique and special for soccer fans. Leagues Cup is a perfect example of how we are working together to grow the sport in North America."

A draw will determine the round-of-16 matchups with MLS and LIGA MX teams seeded to ensure the most competitive matches,. A second draw will be held ahead of the quarterfinals "to guarantee the most amount of interleague play."

All matches between MLS and LIGA MX clubs will be played in the home market of the MLS team. In the event of a same-league matchup in the later stages of the tournament, the inter-MLS games will be hosted at the MLS market of the higher-seeded team.

Matches featuring two LIGA MX teams, as well as the Leagues Cup final, will be played in a neutral American venue to be announced.