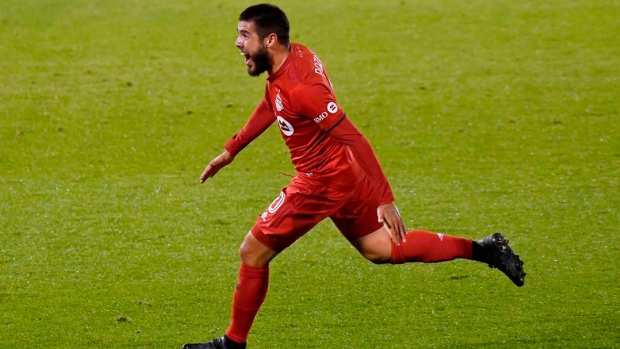 Midfielder Alejandro Pozuelo is up for MLS Most Valuable Player, head coach Greg Vanney is a finalist for Coach of the Year and defender Justin Morrow is one of three finalists for Humanitarian of the Year. Toronto native and Los Angeles FC midfielder Mark-Anthony Kaye is also a finalist for the latter award.

The award winners will be announced in the coming weeks.

Pozuelo, 29, led the league offensively, combining for 19 goals and assists in 2020. The Sevilla native just completed his second regular season with the Reds following a move from Belgian side Gent.

Vanney is in his seventh season as Reds boss and led the team to the second-best record in the league this season, trailing only Supporters' Shield winners, the Union. Under Vanney, the team has reached three MLS Cup Finals and won the title in 2017.

The Union's Jim Curtin and Oscar Pareja of Orlando City are also finalists for the award.

United States international Morrow, 33, is in his seventh season with the Reds. His nomination comes on the heels of the formation of the Black Players Coalition of MLS this summer of which he serves as its executive director.