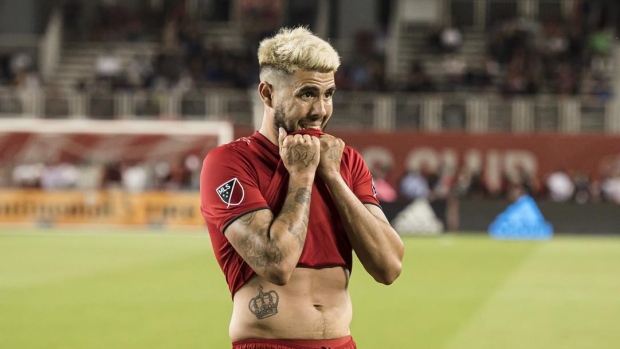 Toronto FC midfielder Alejandro Pozuelo was named a finalist Monday for the 2019 Major League Soccer Newcomer of the Year award.

The award is given to a player with previous professional experience who made his MLS debut this season.

New England's Carles Gil and New York City FC's Heber as the other finalists. The league will announce the winner on Wednesday.

Pozuelo signed with Toronto FC on March 4 as a designated player. He appeared in 30 league matches in 2019 and recorded a club-leading 12 goals and 12 assists.

The 28-year-old was also named to the 2019 MLS All-Star Game this season, where he earned a starting role against Atletico Madrid.

Pozuelo made his MLS debut on March 29 against New York City FC, scoring two goals and adding an assist in a 4-0 victory for the Reds.

He helped Toronto to a 13-10-11 record this season, good for fourth place in the Eastern Conference and a berth in the MLS playoffs.