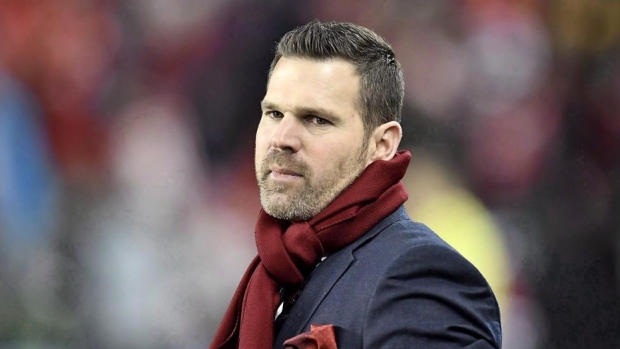 A day after it was announced the Supporters' Shield, the award handed out each year to the MLS team with the best regular season record by way of points, will not be awarded in 2020 due to the COVID-19 pandemic, Toronto FC head coach Greg Vanney had some choice words for the decision.

Join us for Toronto FC vs Atlanta United at 7pm on TSN1/4 tonight where we will address the decision not to award the Supporters Shield in 2020 to the best MLS team.

I just spoke to Toronto FC boss Greg Vanney about this decision and here is some of what he had to say. #TFCLive pic.twitter.com/77NcVlru6b

TFC, who have already clinched a playoff spot, sit first in the MLS and were in line to capture the Supporters' Shield for the second time in franchise history. They last held the award in 2017

The Supporters' Shield Foundation is responsible for handing out the award and put out a statement on their Twitter account citing a lack of fans being able to attend games due the current COVID-19 pandemic.

MLS responded to the Independent Supporters Council of their decision on Saturday.