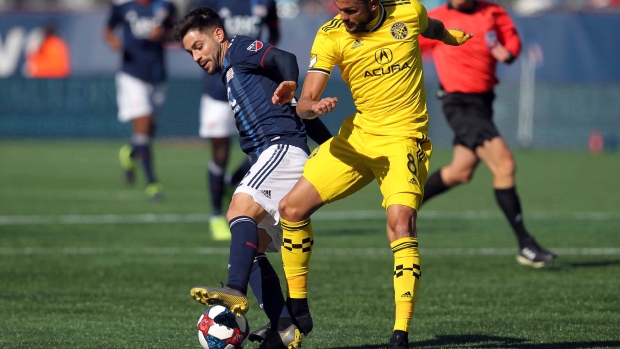 The award recognizes the year's most impactful new MLS player, who has prior professional experience.

Gil, whose name is pronounced Car-Less Heel, arrived in MLS from Deportivo de La Coruna in his native Spain having already played for Aston Villa in England, and Valencia CF and Elche CF in Spain.

The 26-year-old Gil captained the Revs to the playoffs for the first time since 2015. Gil finished with 10 goals and 14 assists while playing all but eight minutes of the regular season.

Gil's durability, no doubt, factored into his win.

Sebastian Giovinco won the award in 2015 with Toronto FC, one year after the honour went to Pedro Morales of the Vancouver Whitecaps.