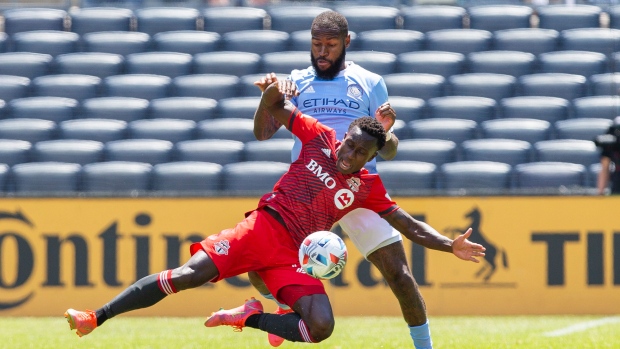 Toronto FC plans to stay in Orlando until it can return to play at BMO Field, according to team president Bill Manning.

That currently is not possible given pandemic-related border restrictions and quarantine, which is why the Major League Soccer team has set up shop in the Sunshine State.

There had been some talk of Toronto returning north, staying at home and jetting in and out to play games closer to the border. But Manning says the team is going for the status quo, for now.

"We will be staying in Orlando until we can return to play in Toronto," Manning said in a text Monday.

Toronto (1-2-2) plays Orlando City SC (2-0-3) on Saturday at Exploria Stadium in what it officially an away game for TFC.

CF Montreal and the Vancouver Whitecaps have also had to move south of the border, with Montreal playing out of Fort Lauderdale, Fla., and Vancouver in Sandy, Utah.

While the City of Toronto has banned major in-person events for a second straight summer due to COVID-19, TFC's issue is the border. As a professional sports team it is exempt from the city's order.

TFC has had its COVID vaccination shots, on a voluntary basis.