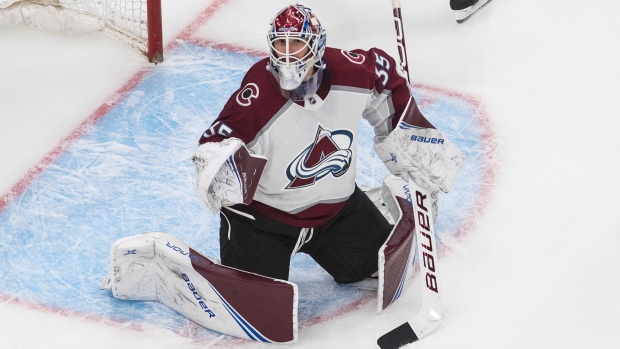 Michael Hutchinson is back with the Toronto Maple Leafs.

The Leafs signed the veteran goaltender to a two-year, two-way contract on Friday, with average annual value of $725,000 at the NHL level.

Hutchinson, 30, split the 2019-20 season at the NHL level between the Maple Leafs and the Colorado Avalanche, posting a 5-9-1 record, posting a 3.47 goals-against average and a .888 save percentage. He appeared in four playoff games with the Avalanche, going 2-1 with a .910 save percentage.

Hutchinson is the second goaltender the Maple Leafs have added in free agency, joining Aaron Dell, who signed a one-year deal earlier this month.