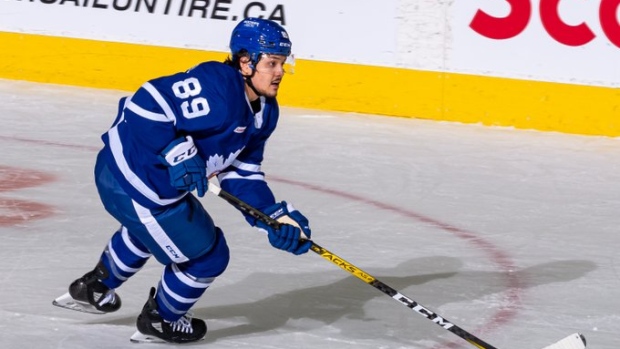 Toronto Maple Leafs prospect Nick Robertson will miss a minimum of 10 weeks after suffering a non displaced fracture of his right fibula.

The 20-year-old sustained the injury Sunday night while playing with the AHL's Toronto Marlies against the Manitoba Moose.

The team said Robertson, who has two assists in two AHL games this season, will not require surgery on the injury.

INJURY UPDATE: Marlies forward Nick Robertson suffered a non displaced fracture of his right fibula in Sunday's game vs. Manitoba. Robertson will not require surgery and is expected to be out a minimum of 10 weeks.

A second-round pick of the Leafs in the 2019 NHL Draft, Robertson had one assist in six games with Toronto last season. He had five goals and 16 points in 21 games with the Marlies.

Robertson made his debut with the Maple Leafs during the 2020 playoffs, posting one goal in four games against the Columbus Blue Jackets.