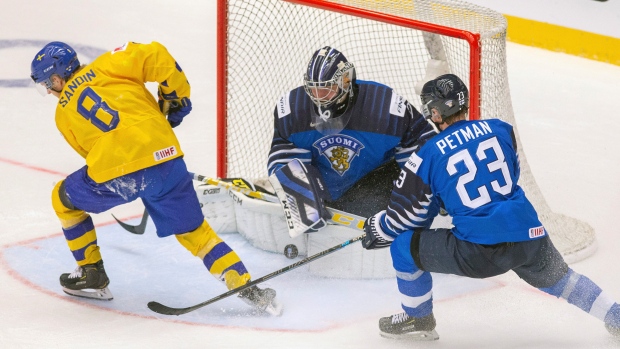 Sandin went straight to the dressing room after being slashed on the left arm in front of Slovakia's net with his team up 5-1. Slovakia's Martin Fasko-Rudas received a two-minute penalty on the play.

The 19-year-old entered the game with three assists in four games at the tournament.