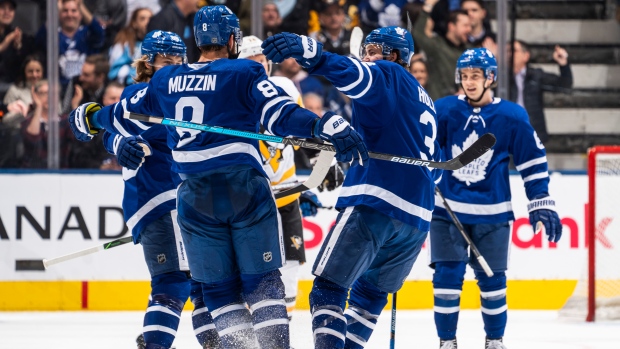 The deal will carry a cap hit of $5.625 million per year and TSN Hockey Insider Darren Dreger adds Muzzin will receive $16.8 million in signing bonus as part of the deal.

Muzzin was scheduled to become a free agent in July and carries a $4 million cap hit this season, the last of a five-year deal signed with Los Angeles in 2014. The extension will make Muzzin the Maple Leafs' highest-paid defenceman next season, coming in ahead of Morgan Rielly, who carries a $5 million cap hit through 2021-22.

The 30-year-old has five goals and 22 points 52 games with the Maple Leafs this season while averaging 21:43 of ice time per game.