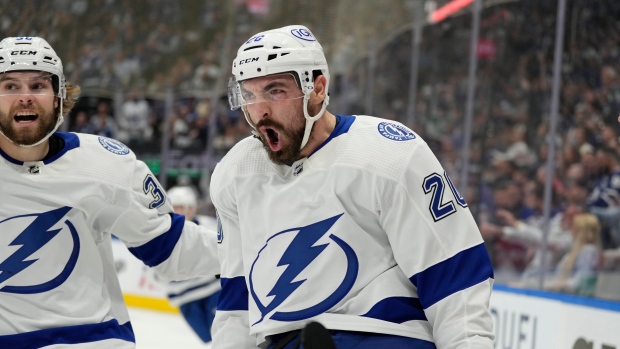 Nick Paul broke the ice for the Tampa Bay Lightning as they take a 1-0 lead over the Toronto Maple Leafs after the first period of their winner-take-all Game 7 on Saturday night.

Paul's goal came at 18:24 after pouncing on a rebound from a shot from Ross Colton

Late in the first period, Lightning forward Brayden Point left the game favouring his right leg after colliding awkwardly against the boards

The series returned to Scotiabank Arena in Toronto after the Lightning forced Game 7 by defeating the Toronto Maple Leafs 4-3 in overtime on Thursday.

The winner of this matchup will go on to play the Florida Panthers in the second round.