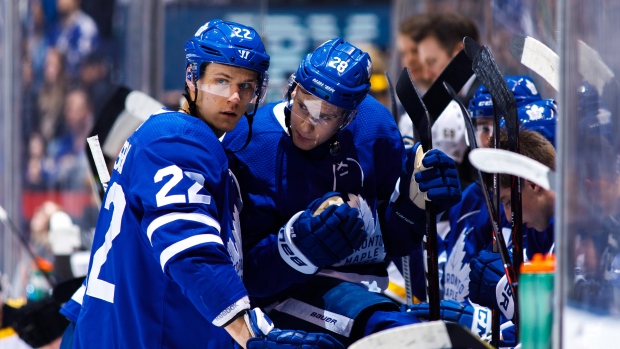 Toronto Maple Leafs defenceman Nikita Zaitsev has waived his no-trade clause ahead of a possible deal, according to TSN Hockey Insider Darren Dreger.

Zaitsev has officially waived his no trade clause to clear the way for completion of the Leafs trade tomorrow.

On Saturday, TSN Hockey Insider Bob McKenzie reported that there appeared to be a tentative trade in place that would send Zaitsev to the Ottawa Senators in exchange for defenceman Cody Ceci. The trade should be completed on Monday and involve at least six pieces, players or picks, with Maple Leafs forward Connor Brown also included in the deal.

The OTT-TOR trade that will send Nikita Zaitsev and Connor Brown to the Sens for Cody Ceci should be consummated tomorrow morning once TOR pays Zaitsev’s $3M signing bonus. At least six pieces (players or picks) included but the primaries are Zaitsev, Brown and Ceci. https://t.co/Rwx0hoF8fs

The deal can't be finalized until after the Leafs pay Zaitsev’s $3 million signing bonus.

The 27-year-old Zaitsev scored three goals and tallied 14 points in 81 regular season games with the Maple Leafs. He played seven playoff games registering zero points as the Maple Leafs were eliminated by the Boston Bruins in Game 7 of the first round.

Zaitsev went undrafted in the NHL and played seven seasons in the KHL before signing a one-year, $1.75 million contract with the Maple Leafs in 2016 carrying a $925,000 cap hit.

On May 2, 2017, Zaitsev signed a seven-year $31.5 million contract. He is entering his third year of the contract and carries a $4.5 million cap hit per season.

The Russian defenceman has 21 goals and 63 points in 223 career NHL games.

The 25-year-old Ceci scored 7 goals and posted 26 points for the Senators this past season.

He is coming off of a one-year $4.3 million contract.