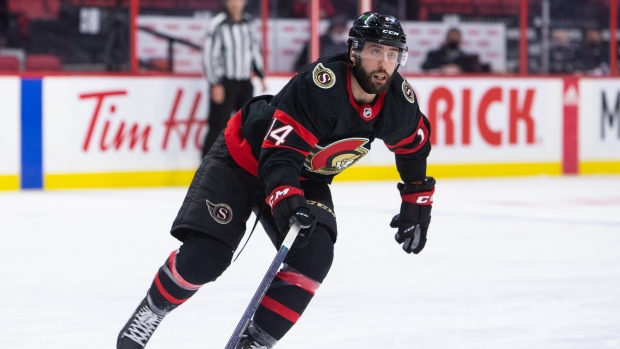 BELLEVILLE, Ont. — Clark Bishop scored twice and Filip Gustavsson made 32 saves as the Belleville Senators denied the Toronto Marlies a spot in the Calder Cup playoffs with a 5-2 win Saturday in American Hockey League action.

Toronto only needed a point in its final regular-season game to lock up a post-season berth. Instead, the idle Rochester Americans will take the fifth and final North Division playoff spot.

With the Laval Rocket's 5-1 victory over the Syracuse Crunch, Belleville earned the No. 4 seed in the North Division and will see the Americans in the first round of the playoffs.

The Senators will begin their best-of-three series in Rochester on May 4.

Logan Shaw had a goal and an assist for the Senators (40-28-4), while Cole Reinhardt and Andrew Agozzino also scored.

Josh Ho-Sang and Nick Robertson scored for the Marlies ( 37-30-5). Michael Hutchinson made 21 saves.