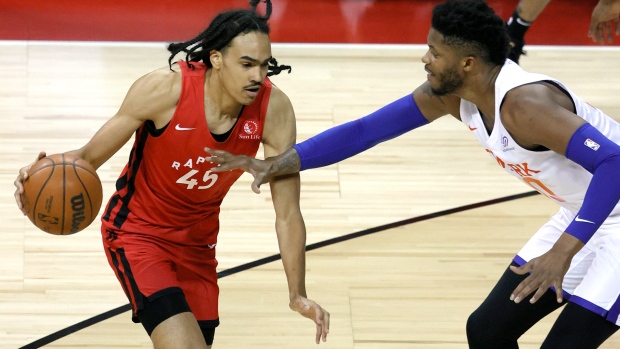 The Toronto Raptors have signed Dalano Banton, the 46th pick in the 2021 NBA Draft, to a multi-year deal, the team announced on Saturday.

The contract is a two-year, $2.5 million rookie deal, TSN's Josh Lewenberg confirms after an initial report by Shams Charania and Blake Murphy of The Athletic.

The Toronto native is the first Canadian ever to be drafted by the Raptors.

Banton played in 27 games for the University of Nebraska Cornhuskers last season and posted 9.6 points, 3.9 assists and 5.9 rebounds per game.