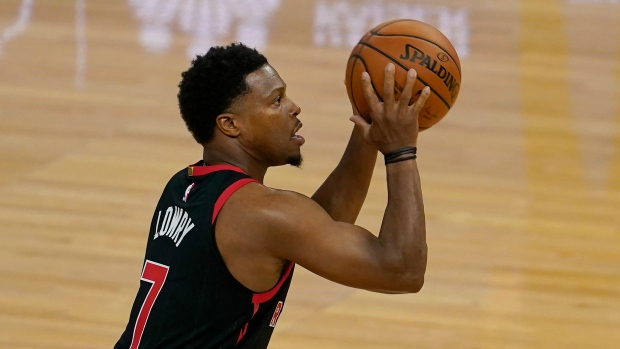 The Toronto Raptors will be without two of their All-Star starters on Sunday as point guard Kyle Lowry and forward Pascal Siakam with both not play against the Indiana Pacers, the team has announced.

Lowry (toe) and Pascal Siakam are both OUT (left knee swelling) vs Indy today.

Lowry missed Friday’s game against the Miami Heat with a right toe infection.

Siakam, who scored 15 points and added 14 rebounds on Friday, will be out with left knee swelling.

The Raptors routed the Heat 101-81 in Tampa to improve their record to 6-9.  Norman Powell started in place of Lowry and scored a game-high 23 points to pace the attack.

Lowry has played in 13 games this season for the Raptors and has averaged 18.2 points and 7.1 assists.

Siakam has appeared 14 times for Toronto and has contributed 18.6 points and 8.1 rebounds per game.