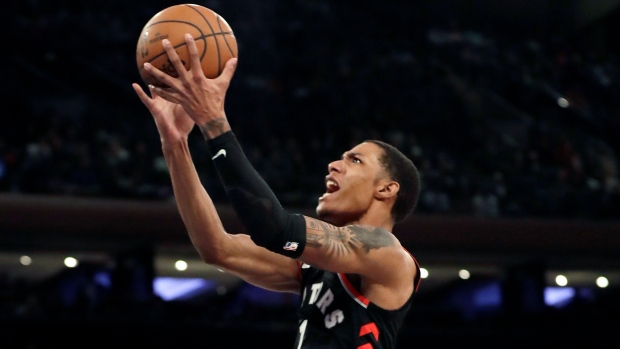 Toronto Raptors guard Patrick McCaw was held out of practice Thursday and is headed for an MRI on his injured knee, according to TSN's Josh Lewenberg.

Patrick McCaw was held out of practice again today. He's headed for an MRI on his injured knee, but Nick Nurse still doesn't think it's a long-term thing.

Head coach Nick Nurse said he doesn't believe the injury is a long-term thing and the hope is McCaw will return to action this week.

McCaw was forced to leave Saturday's pre-season game against the Bulls after getting tangled up with Chicago's Otto Porter Jr.

The Raptors return to TSN on October 25th! Stream Raptors vs Celtics, along with 40 more Raptors & +160 U.S. games this season with TSN Direct.

In 26 games last year in his first season with the Raps, McCaw averaged 2.7 points and 1.7 rebounds per game over 13.2 minutes a night.

Toronto will be back in action Friday against the Brooklyn Nets in their pre-season finale before opening the regular season against the New Orleans Pelicans on Oct. 22.