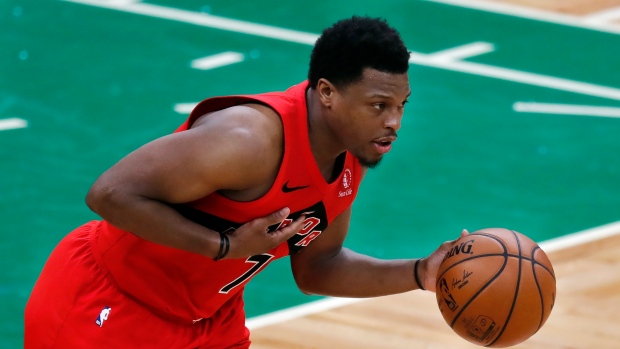 MILWAUKEE — A sprained left thumb will keep Kyle Lowry out of the next two games at least.

Coach Nick Nurse said the Raptors planned to hold the six-time all-star guard out of both Thursday's game in Milwaukee and Friday's game at Minnesota, and then re-assess the injury.

"It's not good, obviously, because he's not playing," Nurse said.

Lowry injured his thumb -- the same one that he had surgery on after Toronto's 2019 championship run -- in the first quarter of Tuesday's 124-113 win in Milwaukee. He stayed in the game before leaving in the third quarter with a sore ankle.

The Raptors recalled rookie guard Malachi Flynn on Thursday from Raptors 905, who are playing a shortened G League season in a bubble at Walt Disney World. Nurse said he expected Flynn to arrive in time for tip-off.

The Raptors, seventh in the East, are looking for back-to-back victories against the struggling Bucks, who are third.

This report by The Canadian Press was first published Feb. 18, 2021.