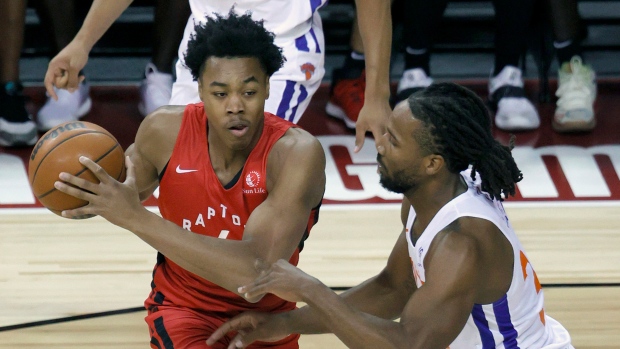 The Toronto Raptors got their Summer League campaign off to a winning start with an 89-79 victory over the New York Knicks on Sunday.

Scottie Barnes, who the Raptors selected with the fourth overall pick in the 2021 NBA Draft, made a splash in his first game, scoring 18 points and adding 10 rebounds and five assists to help power the victory.

Malachi Flynn had a team high 23 points in the win, the point guard hit four of five from the three point line and shot 61.5% from the field.

Obi Toppin scored 24 points for the Knicks to lead all scorers, he also pulled down eight rebounds.