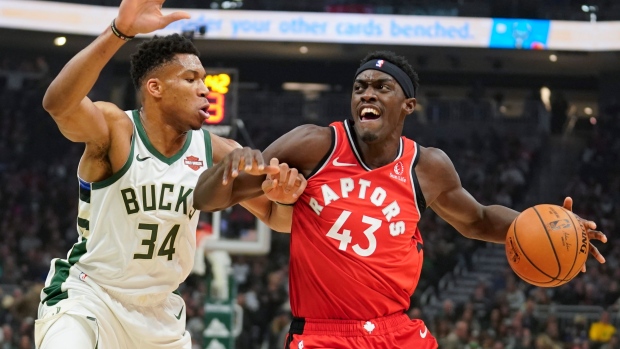 MIAMI — LeBron James still leads Luka Doncic in the race to become the leading Western Conference vote-getter and one of the two captains for next month’s All-Star Game, the NBA announced Thursday.

James had 4,747,887 votes in the latest returns of fan voting, currently making the Los Angeles Lakers’ star the top overall vote-getter. Doncic has 4,598,323, good enough for the Dallas Mavericks guard to lead the Western Conference backcourt voting but 149,564 ballots behind James.

The third EAST returns from #VoteNBAAllStar 2020!

The only other player with a reasonable chance of overtaking James or Doncic for the top West voting spot would be Lakers forward Anthony Davis, who has 4,412,619 votes. No other player in the West had topped the 3 million mark through the NBA’s most recent update.

Captaincy for the game is given to the starter with the most votes from each conference; James and Antetokounmpo had the jobs last year, while James and Golden State’s Stephen Curry were the captains in the inaugural usage of this All-Star format in 2018. The team drafted by James has won both All-Star games in this format.

James, Davis and the Los Angeles Clippers’ Kawhi Leonard are the leaders in the West frontcourt voting, with Doncic and Houston’s James Harden leading the West backcourt. In the East, the frontcourt leaders are Antetokounmpo, Siakam and Philadelphia’s Joel Embiid, while the guard leaders are Atlanta’s Trae Young and Brooklyn’s Kyrie Irving.

Fan voting makes up 50% of the formula used to decide the All-Star starters. Media balloting counts for 25%, and player voting counts for the remaining 25%. Each player’s score is then calculated by averaging his weighted rank from the fan votes, the player votes and the media votes. In case of a tie, fan voting serves as the tiebreaker.