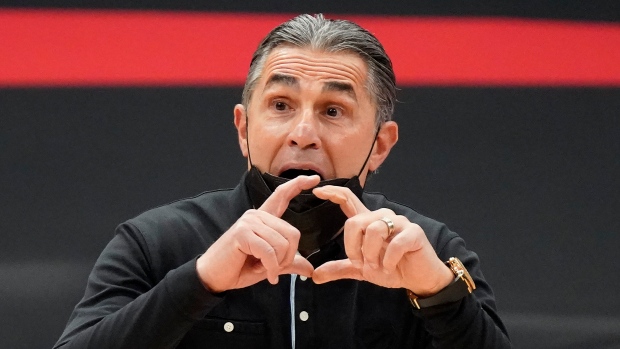 Although he did not mention what he will be doing following his departure, Scariolo said he will be "cheering for the Raptors from Europe." TSN's Josh Lewenberg recently reported that Scariolo has had preliminary discussions with Italian basketball club Virtus Bologna about their vacant head coaching position.

Scariolo, who hails from Brescia, Italy, joined Raptors head coach Nick Nurse's staff ahead of the 2018-2019 season, winning the NBA title in his first year with the club.

Last season, Scariolo served as the Raptors head coach in a February game against the Houston Rockets when several members of the coaching staff were placed in COVID protocol. The Raptors won the game, 122-111.

Prior to joining the Raptors, Scariolo built up an extensive European resume with coaching stints in Italy, Spain and Russia.