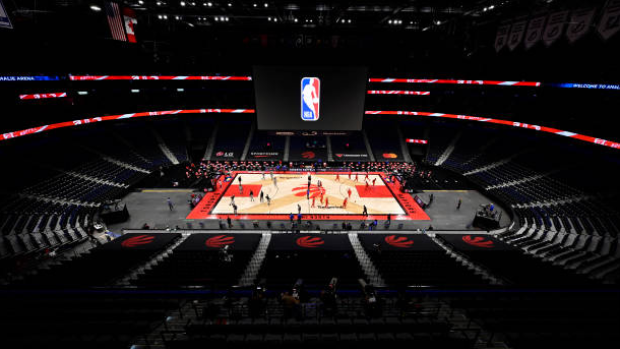 The fans are coming back to Toronto Raptors home games.

Tampa Bay's Amalie Arena will start allowing fans in for Raptors' home games with a max capacity of 3,500, starting March 19.

Beginning March 19, we will be welcoming back a limited number of fans back to games.

The Raptors had fans in attendance for their opening three home games of the season, before Vinik Sports Group, which owns the Tampa Bay Lightning and Amalie Arena, announced on Jan. 9, that the organization wouldn't admit fans as COVID-19 numbers across west central Florida began to sharply rise.

"The health and safety of fans, staff and the teams were prioritized in the process with local healthcare and government officials to determine the protocols for welcoming guests back to AMALIE Arena." Vinik Sports Group and the Raptors announced in a statement.