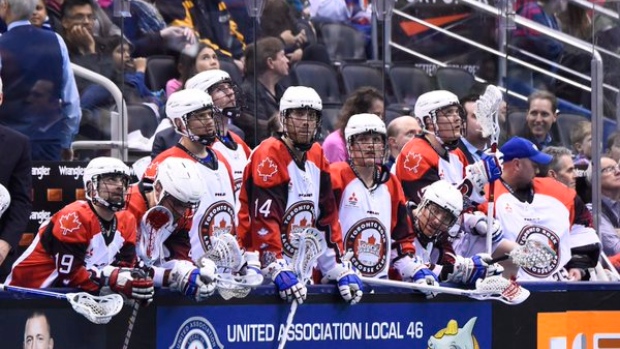 The Toronto Rock have signed their three 2021 draft picks in Devon Dunkerley, Curtis Hall, and Jordan McKenna to one year agreements the team announced on Friday.

Dunkerley, drafted 58th overall, played with the Orangeville Northmen in Ontario Jr B. Lacrosse in 2019 and had eight goals and 33 points in 19 games.

Hall, drafted 73rd overall, played his 2019 season with the Kitchener-Waterloo Braves of Ontario Jr. A. Lacrosse where he had two assists in 20 games on defence.

McKenna, drafted 87th overall, last played with the Orangeville Northmen of the Ontario Jr. A. Lacrosse League in 2019 where he scored nine goals and 11 points in 15 games.

Due to the NLL season being cancelled in 2020 due to COVID-19, the three 2021 draft picks will join Phil Mazzuca, Chris Weier, Scott Del Zotto, Curtis Romanchych and Daniel Balawejder as rookies for the Rock training camp as they were all drafted in 2020.