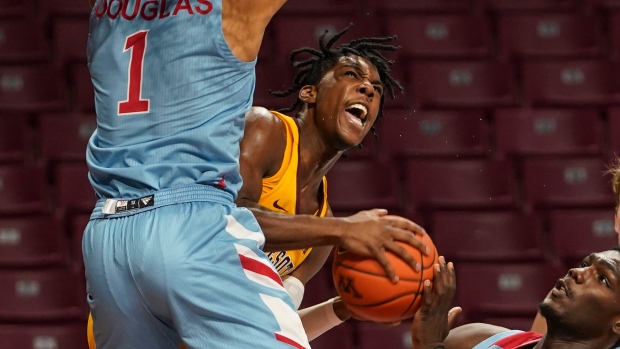 MINNEAPOLIS — Toronto native Marcus Carr scored 22 of his 28 points in the first half and Minnesota beat Loyola Marymount 88-73 on Saturday night.

Both Gach added 17 points and Liam Robbins had 10 for the Golden Gophers (2-0). Carr, Gach, and Robbins combined for seven of the Gophers' eight 3-pointers.

Joe Quintana scored 19 points to lead five players in double-figure scoring for LMU (1-1). Eli Scott added 14 points and Dameane Douglas had 10, and each had a game-high nine rebounds.

Gach scored the first four points of the second half and added an alley-oop for a Jarvis Omersa dunk to cap a 24-12 run that stretched the Gophers' lead to 65-49 midway through the second half. Omersa received a technical foul for hanging on the rim.

The teams will play again on Monday at Williams Arena. Due to COVID-19 restrictions in Minnesota, the Gophers are only allowed to play one opponent during a three-day span at home. LMU will replace North Dakota State. It will be the first time each team played consecutive opponents during the regular season.

Mattias Markusson, a 7-3 Swedish centre, scored six points for LMU. Markusson entered the transfer portal and Minnesota, along with Louisville and San Diego State, were finalists. The senior is the Lions’ all-time leader in field goal percentage at .591.