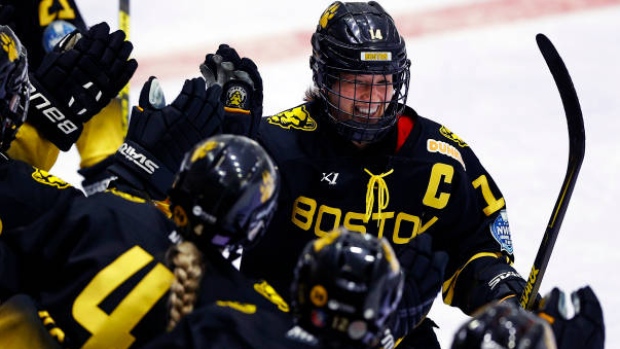 WESLEY CHAPEL, Fla. — The Boston Pride defeated the Toronto Six 5-1 on Sunday to advance to the final of the Isobel Cup.

Boston will play the Connecticut Whale in Monday's final of the Premier Hockey League playoffs.

The Whale beat the Minnesota Whitecaps 4-2 earlier in the day at the same AdventHealth Center Ice venue.

The PHF was the National Women's Hockey League for six seasons before rebranding last year.