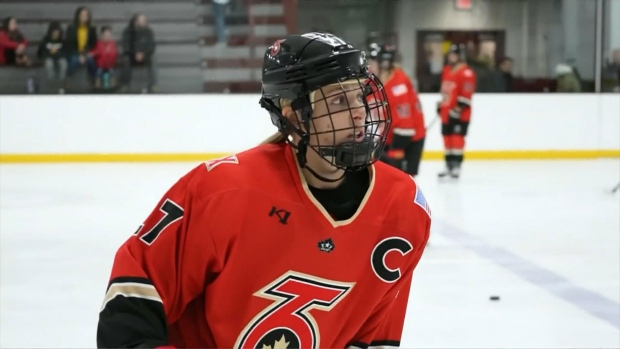 AMHERST, N.Y. — The Toronto Six kicked off the new Premier Hockey Federation season with a 4-3 victory over the Buffalo Beauts on Saturday.

Michela Cava scored the winner on the power play with exactly one minute to play in the third period. Last season's league MVP Mikyla Grant-Mentis assisted the winner – her second helper of the day.

It's Toronto's second season in the league formerly known as the NWHL. The Six are Canada's only club in the six-team league alongside the Beauts, Boston Pride, Connecticut Whale, Metropolitan Riveters and Minnesota Whitecaps.

The PHF is planning an expansion to Montreal.

Shiann Darkangelo kicked off the new season with a power-play goal 3:35 into the contest. Leah Marino made it 2-1 in the second before Lindsay Eastwood doubled Toronto's lead.

Autumn MacDougall and Taylor Accursi scored three minutes apart in the third period to tie the game for the Beauts. The score held at 3-3 until Cava's late winner.

Six goaltender Elaine Chuli made 17 saves while Carly Jackson turned away 26 shots for the Beauts.

The Six host the Whale in a two-game set Nov. 20-21 at Canlan Sports-York.