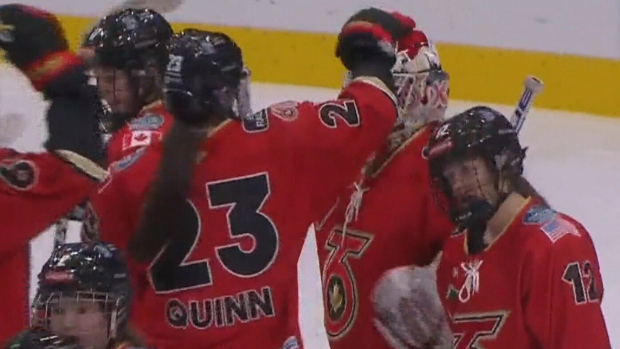 LAKE PLACID, N.Y. — The Toronto Six have clinched the first seed in their group at the National Women's Hockey League Isobel Cup playoffs.

The Six obtained top seed following a 6-0 victory over the Connecticut Whale in round-robin play at the Herb Brooks Arena.

The Six will play the fourth-seeded team in Thursday's semifinals, either the Buffalo Beauts or the Boston Pride. Both teams will play each other Monday to determine the final seed for this week's semifinal games.

The winner of the semifinals will play in Friday's championship game.

Toronto is the first Canadian team to participate in the NWHL and is playing in its inaugural season.

This report by The Canadian Press was first published Jan. 31, 2021.