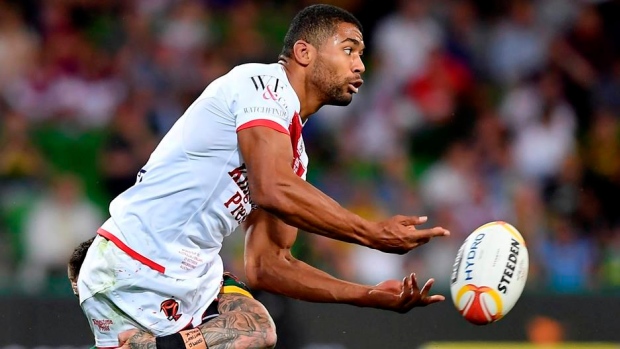 Watkins recently returned from Australia, granted a compassionate release from his contract with the NRL's Gold Coast Titans after his father contracted the novel coronavirus.

"There has been a lot going on back home, and then when I heard about my dad I had to come back," Watkins said in a club statement. "I wanted to succeed in the NRL but I had to put my family first, and now I'm excited to be back playing in the Super League."

While the Wolfpack have had salary cap issues, the transatlantic rugby league team said Watkins had agreed to "significantly reduced pay terms" for the 2020 season. Like other Super League teams, Toronto has reduced salaries during the current hiatus due to the global pandemic.

The addition of Watkins gives Toronto a powerful combination in the centres alongside Australian-born Samoan international Ricky Leutele.

Watkins has power, pace and is good in the air. He also has a nose for the try-line as evidenced by his more than 130 tries for Leeds Rhinos before leaving for Down Under.

The move reunites the 29-year-old back with Wolfpack head coach Brian McDermott, who coached Watkins at Leeds between 2011 and 2018.

"To add someone of the quality of Kallum Watkins to our squad during the league suspension (of play) is a positive move," McDermott said. "I know first-hand what Kallum can do and we are thrilled he will be joining us on-field once play resumes.

"This is a testing time for sports teams all over the world, and we are no different. We are grateful that Kallum has shown commitment to our cause by agreeing to our revised pay model alongside his teammates, and in line with many other players across our league."

The Manchester-born Watkins made his Leeds debut at 16 in a Challenge Cup game. He went on to play 256 games for the Rhinos, including a stint as captain under McDermott, before leaving for the NRL in 2019.

Watkins injured his anterior cruciate ligament in a game against Castleford in May 2018, missing the rest of the 2018 season. The injury limited his play with Gold Coast.